Chasing the Bitcoin Boys in the Crypto Capital of the World 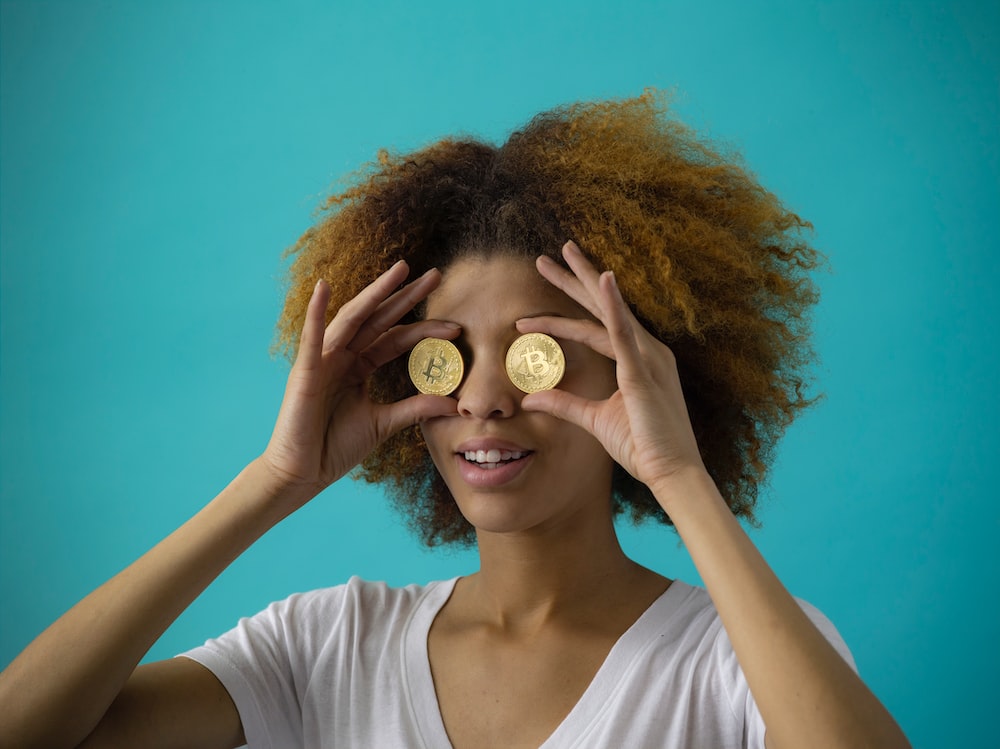 The people of Portsmouth, New Hampshire, have always hated rules. A shipping town first settled in the 17th century, Portsmouth was by 1864 home to 120 bars, 30 brothels, and three police officers. It’s a place where a young exhibition shooter named Annie Oakley spent her summers giving free shooting lessons to women, and it’s a place where Blackbeard, among other pirates and privateers, allegedly left buried treasure. Today, it’s a place where a Tesla Model X SUV bearing the state’s “Live Free or Die” plates zooms by as I walk to the Seacoast Repertory Theater, the lobby of which houses a Bitcoin ATM.

When I arrive, I quickly discover that the term “Bitcoin ATM” doesn’t mean it’s a thing you stick a debit card into exchange for Bitcoin. Instead, it’s a cube that eats your cash and spits Bitcoin into a cryptocurrency wallet app on your phone. Which means that to buy cryptocurrency at this Bitcoin ATM, I have to find an actual ATM, withdraw cash, then return to the Bitcoin ATM and give it my money.

“It only takes hundreds,” says a guy in the lobby who has borne witness to my struggle. He’s a local who spends a good chunk of time at the theater and says my predicament isn’t uncommon. People come from miles away to use the thing, he adds. “Then they only have twenties… then they have to go find hundreds somewhere.”

Portsmouth is a strong contender for the most cryptocurrency-friendly city in the world.
When the machine was first installed, in December 2016, he says, “it was getting so much foot traffic.” That was around when Bitcoin began looking less like something nerdy anarchists traded for drugs and more like a sound place to park your money. In 2017, its price rose from about $900 per coin to $20,000, and with those monstrous gains came a class of investors, speculators, and entrepreneurs buying in, hoping to ride the cryptocurrency rocket to the moon.

As those interested in emerging technologies (or schadenfreude) are well aware, the bubble did indeed burst — with a resounding pop. After a dramatic early 2018 drop, Bitcoin’s price has spent the past few months hovering between $6,000 and $7,000 per, occasionally swinging up but never coming anywhere close to its previous highs.

That drop-off hasn’t stopped Portsmouth, with a population of just 21,000 people, from becoming an unlikely haven for crypto. According to CoinMap.org, the Portsmouth area is home to 24 businesses that accept cryptocurrency, including restaurants, clothing stores, juice bars, regular bars, restaurants, a yoga studio, a dance studio, a hair salon, a vape shop, and a law office. If a grocery store started accepting cryptocurrency, one resident told me, it would be possible for a person to leave the U.S. dollar behind and exclusively pay for things with a jumble of Bitcoin, Dash, Litecoin, Bitcoin Cash, Monero, and Zcash. While places like New York City, Amsterdam, and the Bay Area have more businesses that accept cryptocurrency on the whole, Portsmouth is a strong contender for the most cryptocurrency-friendly city in the world on a per capita basis.

Many of Portsmouth’s cryptocurrency-friendly businesses are concentrated in a small radius near downtown, centered around the Free State Bitcoin Shoppe, an anarcho-libertarian gift store that accepts only cryptocurrency. The store is owned by Derrick J. Freeman and Steven Zeiler, a pair of cryptocurrency enthusiasts and developers who have led the charge in encouraging Portsmouth’s small businesses to jump on the bandwagon. In part, this is because they’re co-founders of AnyPay, a Square-like app that allows merchants to accept cryptocurrencies. But I don’t get the sense that they’re in cryptocurrency simply to make a quick buck.

Zeiler, according to his LinkedIn profile, spent two years as a developer at the cryptocurrency company Ripple and lists himself as having attended the Austrian School of Economics, which despite what the name implies, is not an actual educational institution, but rather a school of economic thought whose anti-government, pro-free-market slant aligns heavily with Bitcoin’s.

Portsmouth, NH — The Free State Bitcoin Shoppe. Photo by author.
Freeman, meanwhile, is something of an anti-government crusader. The “about” section of his website includes an “activism curriculum vitae” that lists his work as a protester, blogger, and podcaster, as well as his multiple arrests for civil disobedience. Freeman has also uploaded dozens of filings related to his court cases and made a film about his exploits called Derrick J’s Victimless Crime Spree. He’s a member of a libertarian blogging collective called Free Keene, where he has documented his efforts to encourage kids to drop out of school, his involvement with the New Hampshire secessionist movement, and his failure to obtain a concealed carry permit from the state (in part due to his multiple arrests). For his efforts, Freeman has had at least one libertarian ska-punk song written about him.

While planning my trip to Portsmouth, I contacted Freeman and Zeiler to make sure their store would be open and to line up interviews. Only Freeman got back to me, telling me, “Our doors are open to all every day from 12 to 8,” but that he’d “have to pass” on an interview.

“If I have two minutes with somebody, they’re walking out with a Bitcoin wallet.”
When I arrive at Free State Bitcoin Shoppe, I’m greeted with a sign on the door that reads, “Open by appointment,” along with a phone number. I can’t see anyone through the window, but I try the door just in case. It’s locked. Through the window, I see that the walls are lined with framed photos of Ayn Rand, Andrew Jackson, Edward Snowden, Friedrich Hayek, and Ross Ulbricht.

Never in my life have I wanted so badly to jump through a glass door like I’m Bruce Willis in a Bruce Willis movie and ask whoever’s on the other side what their deal is, and also if their Bitcoin ATM will take my debit card. Instead, I call the number on the door. A robotic voice tells me the current price of Bitcoin and instructs me to leave a message. I comply with the robot’s orders and pray to Blockchain Jesus that someone gets back to me.

Economists generally agree that money is defined by three features: It’s a medium of exchange, a unit of account, and a store of value. If I give my friend a T-shirt in return for a thing, and that thing is quantifiable and can be used to purchase a six-pack from a nearby bodega, and the bodega guy is confident that, in one month’s time, he will be able to transfer the thing I’ve given him to someone else in exchange for as much cat food for his bodega cat that he would be able to buy today, then the thing is money.

Cryptocurrencies don’t necessarily pass the money test today, at least for society on the whole, though they have the potential to be defined as money — and indeed are designed to be used as such. You could say that cryptocurrencies have become victims of Bitcoin’s success. The currency’s history of roller-coaster prices has created the precedent for Bitcoin to spike again, and even higher next time. Nobody wants to spend their Bitcoin on a can of cat food today when that same amount of Bitcoin might be able to buy a whole litter of Russian Blues tomorrow.

“The overwhelming majority of people aren’t looking to sacrifice brand loyalty for utopian ideals,” an entrepreneur friend told me recently. In this case, the brand we’re all loyal to is the U.S. dollar. But if the dollar were to experience a rush of instability, Bitcoin, many of its cheerleaders hope, would be ready to step in and take its place.

“If people like a more peaceful, voluntary world, I think they should use a currency that represents their values.”
This isn’t outside the realm of possibility. The stock market is on a bull run that hasn’t let up for nearly a decade, but it has to stop at some point. Between technical indicators of a looming bear market, a potential subprime auto-loan crisis, and the ongoing likelihood that Donald Trump will destabilize the market through his rash actions, there are plenty of reasons to believe that our economy might go into a tailspin.

Were such a scenario to occur, Bitcoin — a peer-to-peer currency, forged in the wake of the previous decade’s financial crisis, whose value isn’t contingent upon debt, corporations, or the actions of a single government — might suddenly seem like a very attractive form of money. While it’s estimated that there are 3 million to 6 million active Bitcoin users throughout the world, it’s hard to tell whether they’re actually spending the stuff IRL or if they’re simply holding onto it, hoping its value in dollars will rise. But if we were all to suddenly use Bitcoin every day, that metric wouldn’t necessarily matter — rather than viewing Bitcoin’s price in relation to the dollar, we’d instead view Bitcoin’s price in relation to things we used to buy with dollars.

My visit to Portsmouth was, in a sense, an attempt to glimpse into this one possible future.

For all the potential that cryptocurrencies hold for tomorrow, they’re a royal pain in the ass to use today. I had about $55 in Bitcoin and $20 of its cheaper, faster offspring Litecoin ready for my Portsmouth adventure, but due to the Bitcoin network’s slow rate of transactions — payments can take up to 10 minutes to go through — I decide to change my Bitcoin into Dash, another Bitcoinish cryptocurrency that prioritizes speed and privacy. To do this, I need to transfer my Bitcoin from Abra, the app where I bought it, to Coinomi, an app that has a built-in conversion feature.

But Bitcoin’s inherent sluggishness means that the process of porting and converting causes my Dash to be stalled in the digital ether at the exact moment I try to pay for my bacon-and-egg croissant at Fezziwig’s, a café located a couple blocks away from the Free State Bitcoin Shoppe. 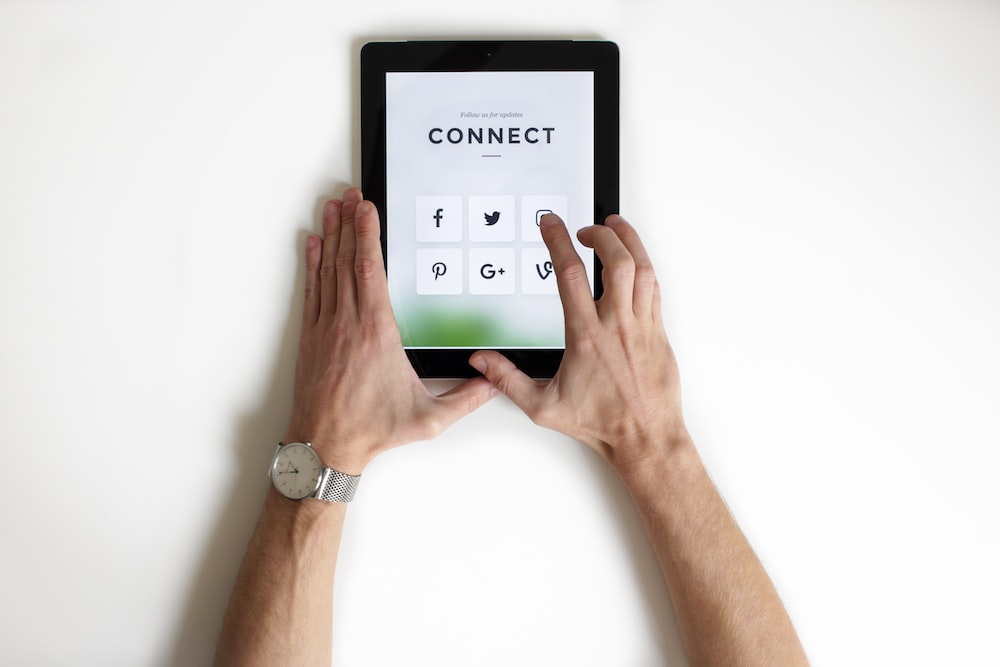 If you were sitting tight for the up and coming Google equipment occasion before choosing which smartwatch you should purchase, we make them disillusion news to share. Google has affirmed to TomsGuide…