For more than 2 decades, FPS games are one of the leading trends in the gaming world. It is always fun and thrilling to play First person shooter games and their craze is not going to end anyway.

Call of duty is my all time favorite game and it will be. Its high-end graphics and user-friendly interface made me fall in love with this game. It's the best FPS game I have ever played. The story and war strategies are simply amazing.

The world has seen many releases of this game and this one is one of them whose realistic campaign mode and multiplayer mode will take you in the whole new world. Strongly recommended for FPS lovers.

Another best in the class is none other than CS: Global Offensive. The name is enough to describe its worth. This is a game without which FPS games are incomplete.

Why, then, would you choose to play Counter-Strike: Global Offensive? Because working your way up to the top of the leaderboards is an achievement; a reward earned through patience, skill, and muscle power.

MachineGames once again show that they can tell an engaging story to match the copious shooty slaughter. Rudely awakened from your hospital bed after the defeat of the subtly-named Wilhelm “Deathshead” Strasse, you return once more as the bellicose B.J. Blazkowicz to try to trigger a Second American Revolution.

With the infamous swastika adorning the US, you’ll want to look at our Wolfenstein 2 weapons guide to familiarise yourself with Blaz’s arsenal. A breathless, high-octane thrill ride from start to finish, Wolfenstein 2 is undoubtedly one of the best shooting games on PC.

Valve again works magic with its environments. Despite often being larger and more open than Half-Life’s, they are still crafted with the same care and attention to detail. This is what makes it one of the best FPS games in the world.

The last but not the least, this game is the pinnacle of FPS. Doom is the game which I am damn sure will give you goosebumps. The characters of the game are enough to stop one's heart for a second. The deadly demons and giants are always ready to take your intestine out until you send them to hell.

Doom is straightforward and simple, but it serves its purpose: to thrust you into increasingly dire scenarios fueled by rage and the spirit of heavy metal.

The loud and chaotic campaign is Doom's strongest component. It's straightforward and simple, that it is one of the best in the category of FPS. 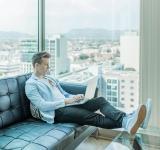 NewsBy Anna Wróbel (PAP)26 October 2020
Read More
You may be interested in:

5 Games You Should Play Before You Die

Looking for something to play? Well, 2019 is another bumper year for new video games, with fresh franchises and old…

Top 3 Home Appliances You Need in Your Kitchen

As a painting, singing, dancing and many other activities is an art. In the same way, Cooking is also an art and it's…

4 Must Have Espadrilles As Seen On Celebrities

Have you ever heard about Espadrilles? Espadrilles are nothing but a flat or heel shoes that are usually made from…

The super hit Avengers films have taken over the world, so it was only a matter of time before a game came around to…

Small and medium-sized companies can also have target marketing

Digital marketing is nowadays used to promote companies or products. It is nothing more than online advertising through…

The education of the modern world

They say he is the greatest modern day ruler. A visionary. A total genius. A man of wisdom. What he in fact has…

Must Have Precautions To Avoid the Coronavirus 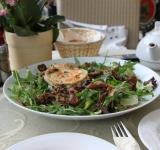 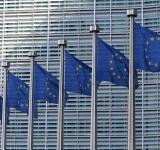 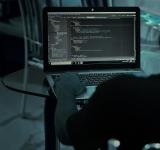 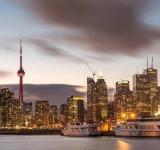 Canada removed by the EU from the list of safe countries 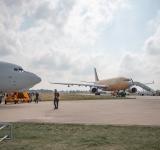