Postmates is transforming the way goods move around cities by enabling anyone to have anything delivered on-demand.

Soon San Francisco will see Postmates cute delivery robot which would be rolling down the sidewalks. They are delivering the food items in all parts of New York City. According to TechCrunch, the food and groceries delivery service has secured what could be the first permit allowing sidewalk robotics operations in the city.

Postmates has already introduced the big-eyed yellow colour delivery robot which will serve you at your doorstep. The robot is able to carry 50 pounds of goods and covers a distance of 30 miles on a single charge. 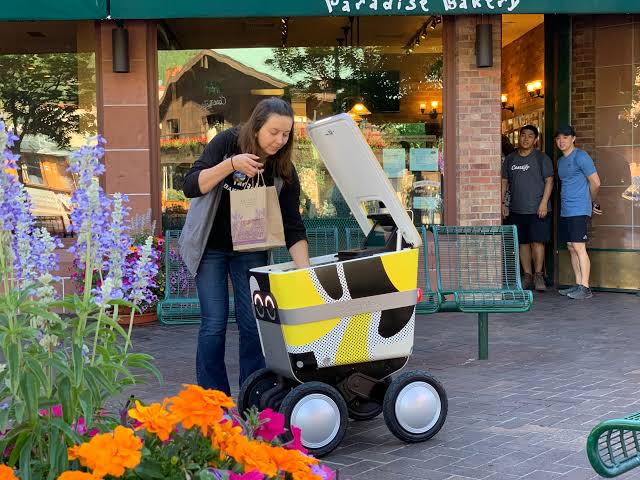 The compartment will be unlocked by the receiver by their phone or the code which the company provides to the customer. San Francisco also served as a testing ground for various companies. Then later the city restricted their use on its sidewalks. But recently they are allowing to test delivery robots, they have taken a big step towards their deployment.

The reason behind such a light weight robot is its LIDAR technology with something more lightweight and durable.

A Postmates spokesperson told TechCrunch in a statement: "We've been eager to work directly with cities to seek a collaborative and inclusive approach to robotic deployment that respects our public rights of way, includes community input, and allows cities to develop thoughtful regulatory regimes.

According to San Francisco's Public Works Code, they have the validation of 180 days to allow the operation to autonomous delivery. The permission for 3 delivery robots per permittee The human operator has to monitor the robot for now as it's difficult to operate for a machine in high traffic.

Whereas it's actually a good use of technology where machines will bring our breakfast or lunch to the office or home. All credit goes to Artificial Intelligence and Machine Learning due to that developers are able to make smart robots.

Here’s how:Google can help you find your lost phone