Whether you call it skydiving or parachuting, it's all jumping out of an aeroplane, right? So how different can it be?

Well, pretty different, depending on how you look at it!

The main difference between skydiving and parachuting is that in skydiving, we freefall before deploying our parachutes, and in parachuting, we deploy the parachute straight away. It goes a lot deeper than that.

A Bit Of Parachuting History

Our story begins in the early 20th century, in a time where parachutes were (with the exception of some brave Chinese daredevils!) pretty much only used by the military. Soldiers used parachutes to get into difficult to reach places, carrying some heavy gear. It's about as far from today's sport parachuting as you can get!

Back in those days, parachuting had a clear purpose, but it wasn't there for fun. It was used to get stuff done.

Early parachutists jumped old school 'round' parachutes. These were very difficult to control and the parachutist would basically be a passenger, landing wherever the parachute ended up. They often used what's called 'static line', which is where the parachute is automatically opened as the jumper leaves the aeroplane.

As time went on, people started to see how fun parachuting could be!

The modern parachute design is 'square', which means they are much more controllable than round parachutes and also a lot more fun! Today, parachutists can accelerate their parachutes to high speeds in a manoeuvre called 'swooping', or they can perform really accurate landings onto a target. They can even hook up with other parachutists to create parachute formations in the sky. This is known as canopy relative work and is a competitive sport in itself. 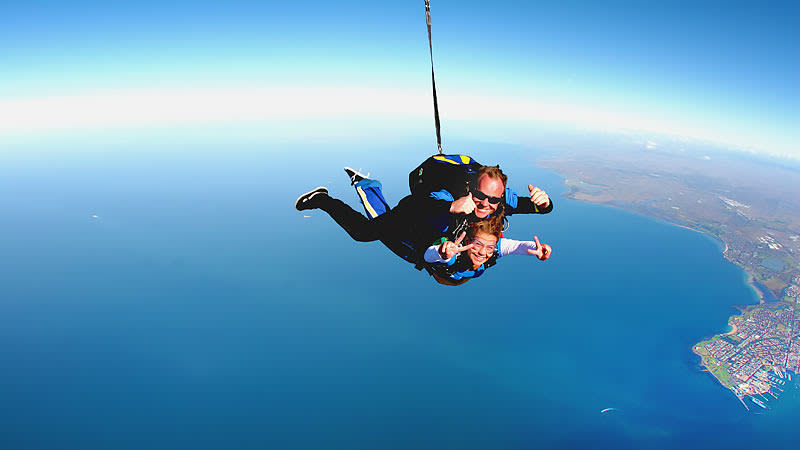 Freefall is exactly what it says - it's falling free through the air, without any constraints or barriers. It is - we think - the most exciting thing a person can do!

There are no words to describe the moment when you jump from an aeroplane for the first time and you fall through the air at 120mph. It's breathtaking, exhilarating, exciting... it's unlike anything you've ever experienced. It's what makes skydiving different from parachuting.

Freedom of the sky, that Skydiving which begins with that leap out of the aeroplane. Depending on what we're doing, skydivers fall for between 30 and 90 seconds, flying their bodies to perform tricks or create formations on the way down. 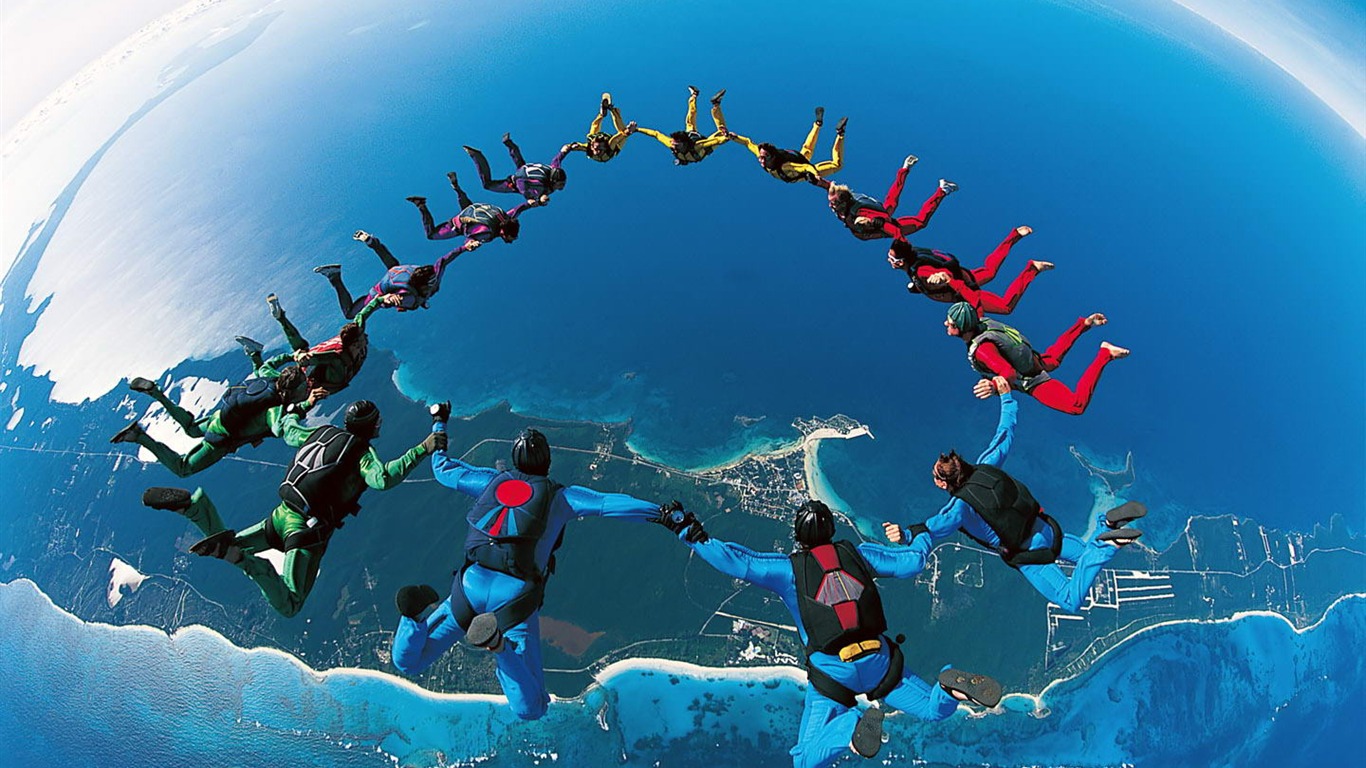 Skydiving and parachuting can be proved as hobbies and as competitive sports.

In skydiving, there are all sorts of disciplines to compete in, from in air gymnastics known as freestyle, to building shapes like synchronized swimmers in formation skydiving, to acrobatic moves and alternative axis in freefly. Skydivers across the world compete against one another to be the best.

In parachuting, disciplines include CRW (building formations using parachutes), swooping (accelerating to gain distance on the ground) and accuracy (landing in a defined target). Parachutists also compete in global competitions, striving to be the very best they can be.

Dragon boat racing isn't as easy as it looks: here's what it takes to compete