When Apple launched the Apple Watch series 4 last year, it spent quite a lot of time explaining how the brand new ECG function has been trained to be very good at detecting conditions such as Atrial Fibrillation, among other heart-related problems.

Since then, there have been a number of news articles about the Apple Watch saving people’s lives by notifying them about irregular heartbeats, among other things, and now, in a first, a US doctor saved a person’s life thanks to the Apple Watch Series 4’s ECG functionality. 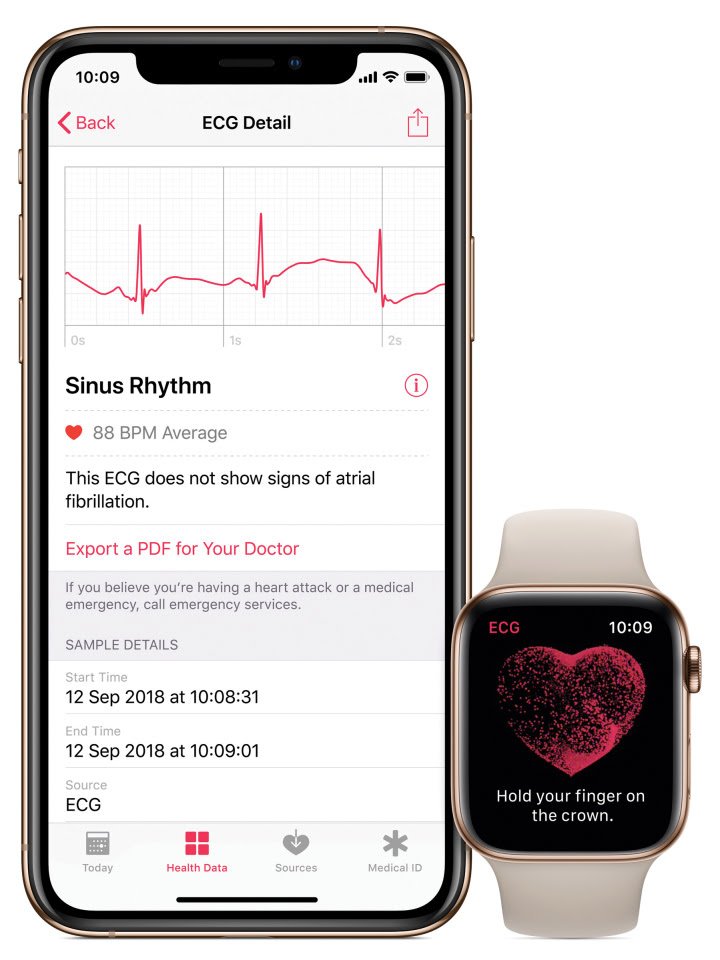 According to reports from IANS, the incident happened at a restaurant, and the doctor, Tommy Korn, MD, from California, strapped his own Apple Watch Series 4 on the person’s wrist to detect Atrial Fibrillation. "As a physician, it's much easier and faster to put my #applewatch4 on someone else's wrist to detect disease than finding an ECG machine at a public restaurant! ( A true #mhealth guardian)," tweeted Tommy Korn MD, an ophthalmologist from San Diego, California.

Replying to his tweet, Korn said that the person diagnosed with Afib was later doing fine.

Series 4 Apple Watch is now helping users in the US, Europe and Hong Kong take an electrocardiogram (ECG) right from their wrist, capturing heart rhythm in a moment when they experience symptoms like a rapid or skipped a heartbeat and helping to provide critical data to physicians.

A new device that allows you to predict premature birth

Lombard is celebrating its 40th birthday with a new song

17 May 2021Art/Photo/MusicSHOW TIME MUSIC PRODUCTION
...
Read More
You may be interested in:

A new device that allows you to predict premature birth

Lombard is celebrating its 40th birthday with a new song